Yesterday, on a rainy afternoon, I finally got together with some of the children at my younger son’s school to make pinhole photographs.

Pinhole photography must be just about the simplest way to make a photograph — all that’s required is a light-tight box with a pinhole through one of the sides and, of course, some photographic paper or film inside to record the image.

It’s amazing how tricky it can be to describe analogue methods from a bygone era to the youth of the modern whizz-bang digital age.

The best way of course is just to get on and do it.  To see the children wowed by the process once the first image magically appeared in the developing tray was so satisfying. 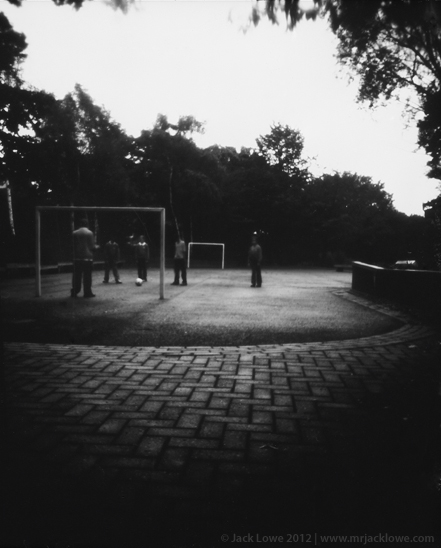 In discussion with the children, I asked them what they considered to be great inventions of our time.

The first answers came flying in — the iPhone, the iPod, the Xbox…

OK, but let’s think about the wheel, the bicycle, the internal combustion engine, the aeroplane, the motor car, domestic power, the internet…

All these things seem so normal and unsurprising to us now that most just slip under the conscious radar.

I encouraged the children to rewind the clock, to the 10th Century as it transpires, to people noticing images projected through cracks in baskets or the dappled light of trees.

At the time, this must surely have been an incredible realisation.  Move forward to the 1800s and just as incredible would be the notion that an image could then be captured and fixed forever onto a piece of paper or film!

The pennies started dropping around the room, especially on seeing that first print appear under the safelight of the darkroom we cobbled together in a cleaning cupboard. 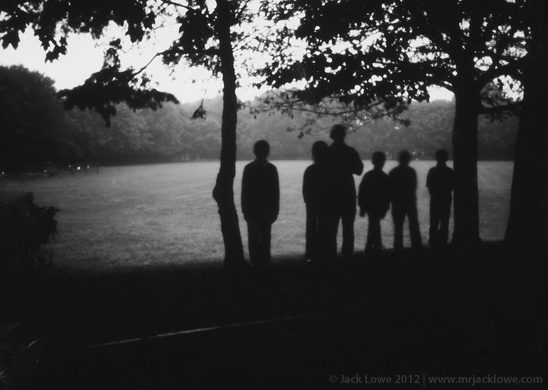 As I was scanning these prints, it reminded me of a pinhole photograph I made of the 1999 solar eclipse.

Two memories stick in my mind from that day…

The first was the sudden cooling of the air as the sun slipped behind the moon.

The second memory is much more striking — seeing the bitten shape of the eclipsed sun projected onto a brick wall through the leaves of nearby trees.

The gaps in the leaves had acted as pinholes too and I was immediately transported to understanding how incredible it must have been, all those hundreds of years ago, to realise this phenomenon of physics and the natural world. 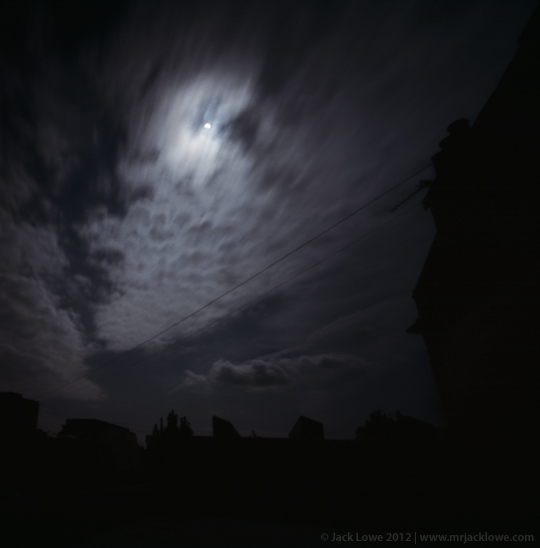 My pinhole photograph of the 1999 solar eclipse 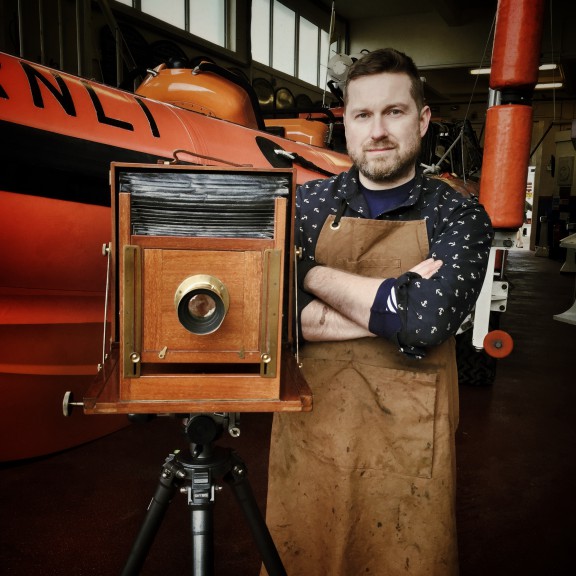 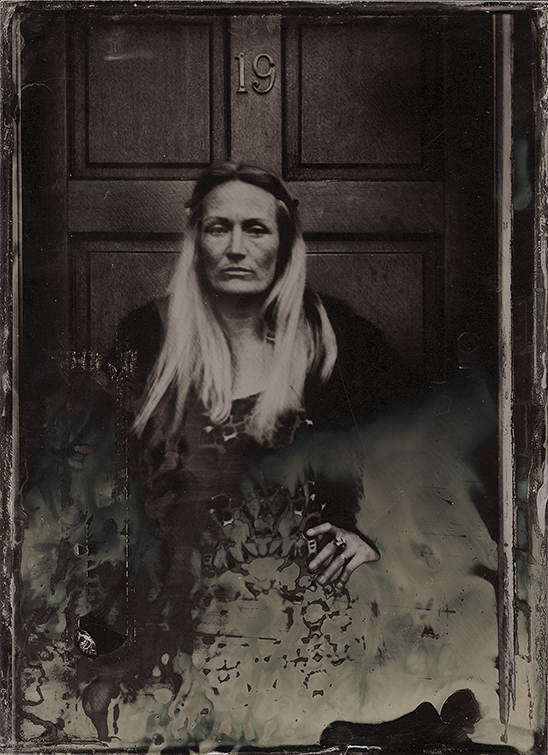 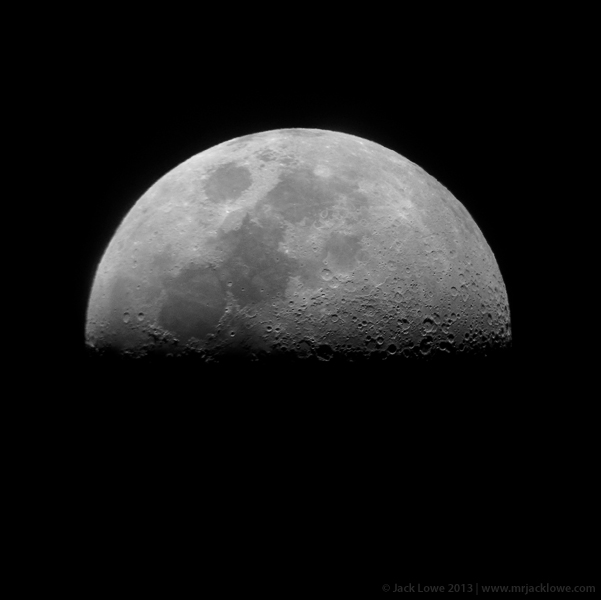 A handful of times throughout the year, I write a short newsletter.

Fancy a gentle sunny stroll around #Dartmouth? Head to my Story... ☺️👌🏻
Simon Jeffery, @plymouth_lifeboat Station Mechanic — the man responsible for the immaculate engine room a few posts ago and who was also kind enough to put me up during last month’s visit. Here, Simon’s standing aboard the station’s imperious Severn class all-weather lifeboat and you can see the Atlantic 85 inshore lifeboat over his shoulder too. If you have a mo, head to the website and see how Simon’s portrait slots into the RNLI Station Mechanics gallery. #lifeboatstationproject #lsp20 #rnli #rnliheritage #sar #lifeboat #maritime #nautical #heritage #wetplate #collodion #wetplatecollodion #ambrotype #devon #southdevon #plymouth #imperioussevern
Lots of love and thought waves currently heading to our family members locked down in New Zealand including my Dad, Stepmum, sister (pictured on exercise aboard the Tobermory lifeboat in 2016) and our eldest son — not what he expected from his year of travels at all! #lockdown #family
When we made this portrait three weeks ago, the weather really closed in! Thick low cloud and squally showers descended, shutting out the last glimmers of UV light required for the old process. My judgement for the exposure of the first plate was way off. So, there was nothing for it — even more patience required from everyone while I prepared this second plate. And the exposure? 45 elephants — the longest for a crew portrait to date. And everything was so damp and misted up, that I couldn’t really even see through the back of the camera — I had to make a guesstimate of the focus and, to a degree, the composition. I also had to rely on my spirit level to get the camera absolutely straight, which clearly didn’t work! But, hey, it’s got character, soul and a story to tell that everyone involved will remember for many years to come. Pictured: @plymouth_lifeboat crew, 12x10 inch Clear Glass Ambrotype, Tuesday 10th March 2020 #lifeboatstationproject #lsp20 #rnli #rnliheritage #sar #lifeboat #maritime #nautical #heritage #wetplate #collodion #wetplatecollodion #ambrotype #devon #southdevon #plymouth
Two weeks ago today, @dartrnli turned out to be my last station visit for a while. We made great photographs together and they even laid on a rather spectacular double rainbow to celebrate my 150th station. #dartmouth #devon #rainbow 🌈✨
‪Shot this in passing when I was in Dartmouth a couple of weeks ago, thinking it might make a good visual metaphor for any impending lockdown. Now it’s come to pass, I think it works pretty well...apart from the word ‘not’. #COVID19 #lockdown‬
Meet my friend Iain Ballantyne, an expert naval historian based in Plymouth. We had an excellent chat beside @plymouth_lifeboat as she squeaked against the fenders, adding a wonderful bit of maritime insight to accompany my conversation with Dave Milford. Listen now on my Patreon page where it’s already receiving rave reviews. It’ll cost a little bit of money (from £1/$1 per month) but the stark truth is that you’ll be helping my 8 year project to survive beyond these uncharted waters. Find out all you need to know via my profile link. #lifeboatstationproject #lsp20 #rnli #rnliheritage #sar #lifeboat #maritime #nautical #heritage #devon #southdevon #plymouth #navalhistory #iainballantyne
Distracted by the windowsill behind me in the previous photo? Here you go... #windlowesill
Lockdown life: Latest podcast complete and ready for publication on my Patreon page tomorrow! At 40 minutes, it’s the longest one yet but I’m assuming you might have a little more time to fill than usual 😅. Full details and previews via my profile. Photo by Kath. #lifeboatstationproject #lsppodcast #lockdownlife
New additions: Over the years, several photographs that started life as private commissions have become part of the project. They often introduce a poignant or even historic dimension that wouldn’t have otherwise been documented. These two photographs are a good example: @plymouth_lifeboat Second Coxswain Sean Marshall felt it was a once-in-a-lifetime opportunity to commemorate the 30+ years he’s served alongside Coxswain Dave Milford. In fact, you can hear Sean’s voice saying “We’ll drive up this one, shall we?” in the Storm Force 10 video via my profile link. In the second photograph, Dave recognised a similar opportunity to commission a portrait with his grandson Billy, who also volunteers on the lifeboat. To my mind, both are very special photographs. And when I asked if I could incorporate them into the project, the reply came back that it would be an honour — a mutual sentiment, I can tell you. Both photographs now feature in the Mission Extras gallery and on the Devon print page on the website. #lifeboatstationproject #lsp20 #rnli #rnliheritage #sar #lifeboat #maritime #nautical #heritage #wetplate #collodion #wetplatecollodion #ambrotype #devon #southdevon #plymouth #imperioussevern
‪New podcast this Saturday: I’ve just finished editing my biggest podcast so far, 40 golden minutes with @plymouth_lifeboat Coxswain Dave Milford. Here’s a wee taster and there’s another one on my podcast page — via my profile link — where you can find full details of what’s to come. #lifeboatstationproject #lsp20 #rnli #rnliheritage #sar #lifeboat #maritime #nautical #heritage #wetplate #collodion #wetplatecollodion #ambrotype #devon #southdevon #plymouth #podcast #lsppodcast #mothernature
The two very hungry Caterpillars of @plymouth_lifeboat. #rnli #sar #lifeboat #maritime #nautical #devon #southdevon #plymouth #imperioussevern #caterpillarengine #veryhungrycaterpillar 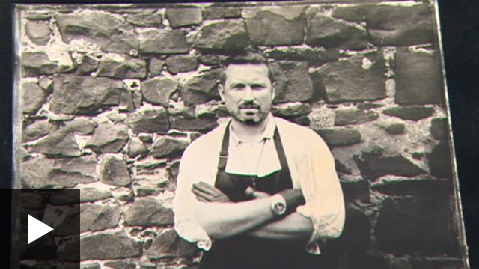